CBIH Members,
Regretfully we must inform you that Karen MacNeil, a long time member of CBIH has passed away.
Our sincere condolences to James and Family.
Karen's obituary appears in the Cape Breton Post and online in InMemoriam.ca, see link below for further details
http://www.inmemoriam.ca/view-announcement-2274385-karen-macneil.html 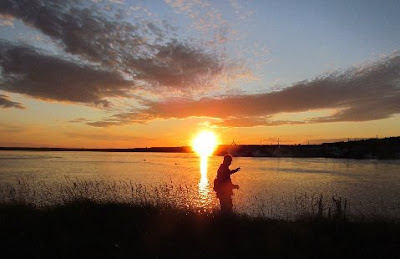 A short synopses of a wonderful weekend in the CB Highlands National Park!

Do you have any photos to share? Please send them to bretonhoppers@hotmail.com

The CBIH celebrated 20 years of walking for Fun, Fitness and Friendship exploring the hiking and walking trails of Cape Breton Island in the Highlands National Park.

A weekend of walking and social activities such as a Meet and Greet began on Friday 30 June. Starting off with two walk events, one at Ingonish Beach and the Middle Head Trail and an afternoon stroll on the Clyburn Valley Trail along the Clyburn River and the Highlands National Park Golf Course.

Friday evening at the Ingonish Hall, members of CB Island Hoppers greeted our guest from other parts of the Atlantic Provinces with the other "F' in our motto "FOOD" , as wells as entertainment.

Members and guest staying at the Keltic Lodge had an additional evening of fun, as we enjoyed local entertainment in the lounge late into the evening 😁

While the rest of the province and other parts of the island had rain!! The Ingonish side of the island only had a light shower in the morning and the walk events at Warren Lake and Broad Cove Mountain continued as planned for our Canada Day walk event,

A message from Darcy Noble and Ron Kent:

Hi Cal and Barb and Rollie,
Memories of my trip to Cape Breton have been with me all week.  I loved your part of Nova Scotia, and your hospitality felt like a big warm hug.
Everything was so well organized and  I know that a lot of effort and helping hands go into making it seem that way.
It was a very memorable trip for Ron and I.  Thank you for creating such a special weekend for us all.
Darcy

Great anniversary weekend, CBIH!  Loved every minute of hanging out with you Capers on your beautiful island!

From Lee and Suzanne Lazaro
Great shot of the Breton Hoppers on their walking weekend in Ingonish!  Wish we could have been there!!
I do want to share that Lee & Suzanne did not let Canada Day go uncelebrated over here in Oregon. We were invited to a Canada Day BBQ by our friends Russell and Sylvia, who originally met at UBC in Vancouver (Sylvia is from BC originally.) I wore my Canada t-shirt and Suzanne had her maple leaf dress, and we drank Moosehead beer and barbequed salmon, and even sang Oh Canada!  Everything but watch hockey (although I did share one volkswalker's dubious claim to Suzanne and I that more Canadians watch curling on TV than hockey - I personally find that hard to believe.)
Congrats to the Breton Hoppers on 20 great years! Lee & Suzanne

The participants had the choice of one of two events for Sunday, Mica Hill within the Highlands National park near Neil's Harbour or continue north to Bay Saint Lawrence and the Money Point Trail and the Kaufman Trail, near the most northerly part of Cape Breton. This part of the island overlooks St. Paul's Island, the most northern part of Nova Scotia.

After the walks/hikes on Sunday we settled in for a wonderful evening dinner at the Ingonish Legion with great food from Jason LeBlanc - Coastal Waters Catering, plus a great performance by Norm MacDonald and Bruce Courtney.

The Coastal Trail on Monday morning proved to be one of the most memorable trails for the weekend with many scenic views along the trail. 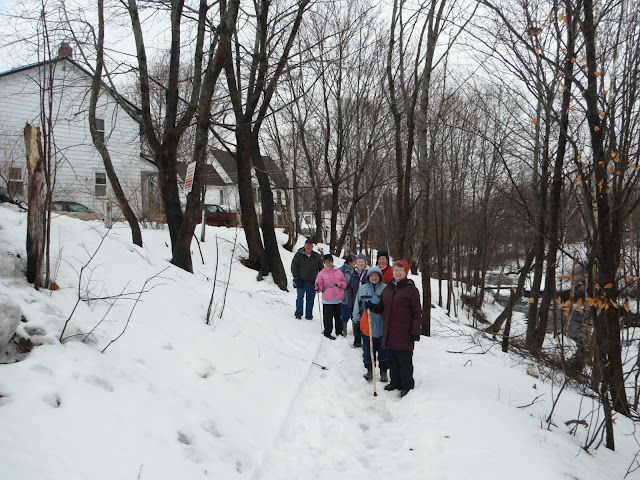 
The Winter Exercise Program starts on October 15, 2016 until March 31, 2017.
The stamp sheet can be downloaded from the CVF website at:
http://www.walks.ca/files/Winter%20Walking%20EN.pdf
The cost is $5.00 upon completion for a recognition certificate.

The Guided Walk Event for Sunday 16 October at Lewis Mountain will continue as advertised.

WE will be walking at Lewis Mountain!!

The Permanent Trail (PT-244) in North Sydney is once again open.

This trail can be done at anytime by members and volkssport visitors on your own or as a group.

Many areas of these trails are impassable.

YOUR SAFETY SHOULD BE YOUR PRIME CONCERN.

The Permanent Seasonal Walk Events located in Glace Bay, and Louisbourg are also  closed and will cease from now until the new season begins in early May 2017.

There are no reports of damage or street closing in Baddeck; this Seasonal Walk Event will remain open until the end of October as posted, or unless there is more bad news from that location.


At this time, the Guided Walk Event at Lewis Mountain, on Sunday 16 October will proceed as planned.

Again we must caution that adverse weather and trail conditions will determine the outcome as another storm is making its way up the Atlantic Coast this coming weekend.

Any changes to our schedule will be posted as quickly as possible.

If you have any questions or want to pass on any new developments that we are not aware of, please do not hesitate to contact CBIH club president Cal Thistle or the Trails Coordinator Rollie Coombes at the club email address or post on our Facebook account.

For those interested in seeing flood conditions in Cape Breton and other parts of Nova Scotia, there are many videos being posted dail on social media outlets.

This years walk event will take place at Devils Hill and Waterfalls located on the New Boston Road, Catalone

From Hwy 125 take Exit 8 to Rte. 22, Louisbourg Hwy, and continue to Catalone,  turn right at the second exit to New Boston Road. The Start Point is the Catalone Recreation Centre, 20 New Boston Road.

Our next walk event and a special birthday event:


Walk Distance: 5 k and 10 k, a linear style trail walk in and return on the same trail


Travel Time and Distance: (not including wait time for ferry at Englishtown)


This hike is rated  2C with spectacular stands of hardwood trees, boulders bigger than cars, meadows, apple trees and the remains of an old gold mine which will be our destination, approximately 8.5 km return.  The trail follows the river for most of the way, but you will catch a glimpse of the Highland Links Golf Course as it weaves its way up this valley.


After the walk, 5:00 PM dinner reservations and a Special Birthday Cake surprise.


Directions: From the Clyburn Trail turn North (left) and continue for 4.1k or 5 minutes, the restaurant is on the left of the highway and lots of parking spaces,

as soon as possible to ensure you have a seat at the table!


[3.] CB Highland National Park Fees are in effect, members are responsible to pay at  the toll booth when entering the park.


CBIH cannot be held responsible for this fee or any tickets issued by National Park staff.